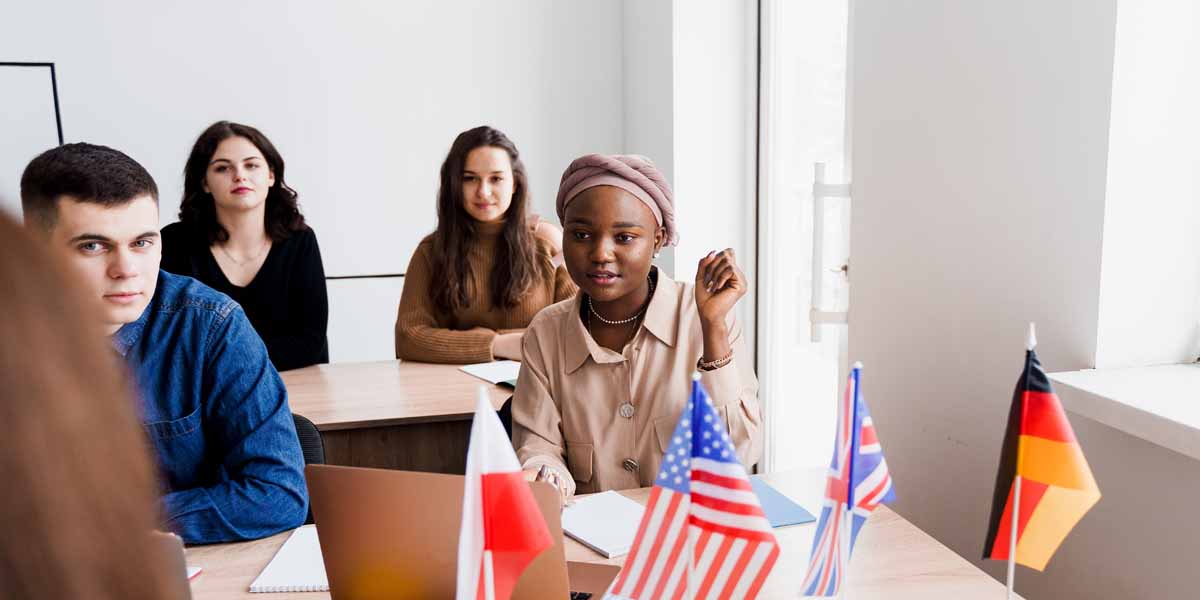 Germany is one of the most attractive countries for international students not only because of the variety of different educational programs but also because of the possibility to study in different languages!

Each university has its own requirements. However, as a rule, these documents are mandatory for any educational institution in Germany:

a) a recognised document of the previous education

If you are going to make your Bachelor's degree in Germany, you should provide your school diploma. If you finished a school in one of the EU states, normally, your certificate of education is acceptable in Germany. Foreign students with qualifications outside the EU zone may have to sit a university entrance examination (Feststellungsprufung), after attending a preparatory course (Studienkolleg), if their school certificate is not acceptable.

If you are going to receive your Master's degree in Germany, you should provide your Bachelor's degree certificate. The database on admission requirements will help you to check whether your higher education entrance qualification is recognised in Germany. More detailed information (in German) you can find here.

b) translation of the course modules and grades

You must indicate the name of the courses you attended and the grade and translate them in English or German.

The document confirming your knowledge of the language depends on the educational program, whether you are going to study in German or English.

2. Study in German or English?

German universities offer different programs both in German and English. There are also many programs which combine two languages during studying. Statistically, such fields of study as Law, Economics, Social Studies, Mathematics and Natural Studies are taught in English or in both languages (German and English) more often. Engineering is in the second place, while there are not so many programs in English for Languages and Cultural Studies.

If you are planning to study in Germany, you should be very attentive in choosing your educational program. In addition to this, it’s better to inform yourself about entry requirements and language skills in advance!

Each university demands a definite level of language depending on the educational program. Normally, for such filed of study as Mathematics and Natural Studies you should proof of upper intermediate to advanced language skills in English (B2/C1). The same level is needed if you are going to study in German. Different humanitarian disciplines, as well as Law and Economics, demand normally advanced level (C1/C2) of the language.

If you are going to study in Germany in German, you have more possibilities to prove your level of the German language. The following six German language tests and certificates must be recognized by all German universities:

DSH (Deutsche Sprachprüfung für den Hochschulzugang) is required for entry to a German university and to undertake all classes in the German language.

It consists of a written and an oral examination. The grading scale of DSH is between 1-3 with 3 being the best possible grade. Normally, German universities require DSH 2 or DSH 3.

Test DaF (Test Deutsch als Fremdsprache) is the standard test for non-native German speakers. This test can be taken in 95 different countries and covers listening, speaking, reading and writing.

Goethe-Zertifikat (C1-C2) is a language certificate given by Goethe-Institut, a special German cultural organization which offers the studying the German language abroad.

Some German universities accept only Goethe-Zertifikat C2, because this test is more general. Other language exams were specifically created for people looking to study in Germany. That's why achieving this result could be more comprehensible compering with other German tests.

DSD (Deutsche Sprachdiplom) is a German test which widespread in the school educational system. German universities accept only DSD II.

telc Deutsch C1 Hochschule is a special test for studying in German at a German university.

How well should I speak German?

You need to have good German language skills (B2/C1) to understand the content of the course and the speech of the lecturer. However, there are fields of study (Mathematics and Natural Studies), where you should use the German language less. On the other hand, in such fields as Languages and Cultural Studies all papers works, essays and reports should be written and presented in German, which requires a higher level of the German language.

Pay attention, that all German universities offer special German courses for non-native German speakers. You could attend this course during your studying and achieve better results in German.

There is no special legal obligation for German universities to accept a specific language certificate. It means that each university can recognize language certificates independently. You should inform yourself about the requirements needed for your educational program.

However, there are some standard certificates acceptable almost in all German universities.

TOEFL (Test of English as a Foreign Language) is one of the several major English-language tests, which is accepted by more than 11,000 universities and other institutions in over 190 countries and territories.

This test consists of several parts: Reading, Listening, Speaking, and Writing. Each of the four sections receives a scaled score from 0 to 30. The scaled scores from the four sections are added together to determine the total score. There are different formats of examination, as you could pass the exam both online and offline.

This test consists of the same parts as TOEFL: Reading, Listening, Speaking, and Writing. It has a scaled score from 0 to 9 and offers different formats of examination as well.

Other possibilities to prove your language skills are:

Test of English for International Communication

Pay attention, that not all universities accept the following tests. You should inform yourself in advance if your language certificate is acceptable by your educational program.

How well should I speak English to study in Germany?

If you choose the educational program in English, your level of language should be B2/C1. If you have already passed the English exam, but even after that not sure that your language skills are enough to study at a German university, pay attention to the language courses from the university.

In addition, many universities in Germany offer not only language courses, but speaking clubs, where you could also increase your language skills and meet new people. By the way, even some of your professors will speak with accents, especially if you study only in an English-taught international program.

If you are going to study in Germany, you should know that there are two types of the semester: summer semester and winter semester. Students can apply for a university course in Germany in both semesters.

All required documents should be already prepared for your application and sent before the deadline. It is especially important for proving your language skills. Pay attention, that receiving a language certificate requires time and you should organize everything in advance!